After running precariously for a few years, the International Museum of Naïve Art of Rio de Janeiro reopened in 2012 with full force and a new positioning. MIAN is a genuinely Carioca international museum that wishes to value its collection and present it to the whole world.
The brand subverted the expectation concerning the use of the museum façade and was created with drawn letters, inspired by naïve popular cuts. Playful and solid, it is the house that opens its windows to reveal art. It is a frame that interacts with the surroundings, suggesting the curves of Sugarloaf Mountain and Rio’s landscape.
The identity project – awarded with the Rebrand 2013 – was conceived with the Naïve Art colors. It encompasses a new signage, products, and communication materials. A mascot – the kitten Miau – emerged as a development of the brand and works as the institution’s “ambassador” to schools and children in general. The Naïve Art colors also feature in the unfoldings of the visual language, such as the exhibition ambiance, products, and leaflets. 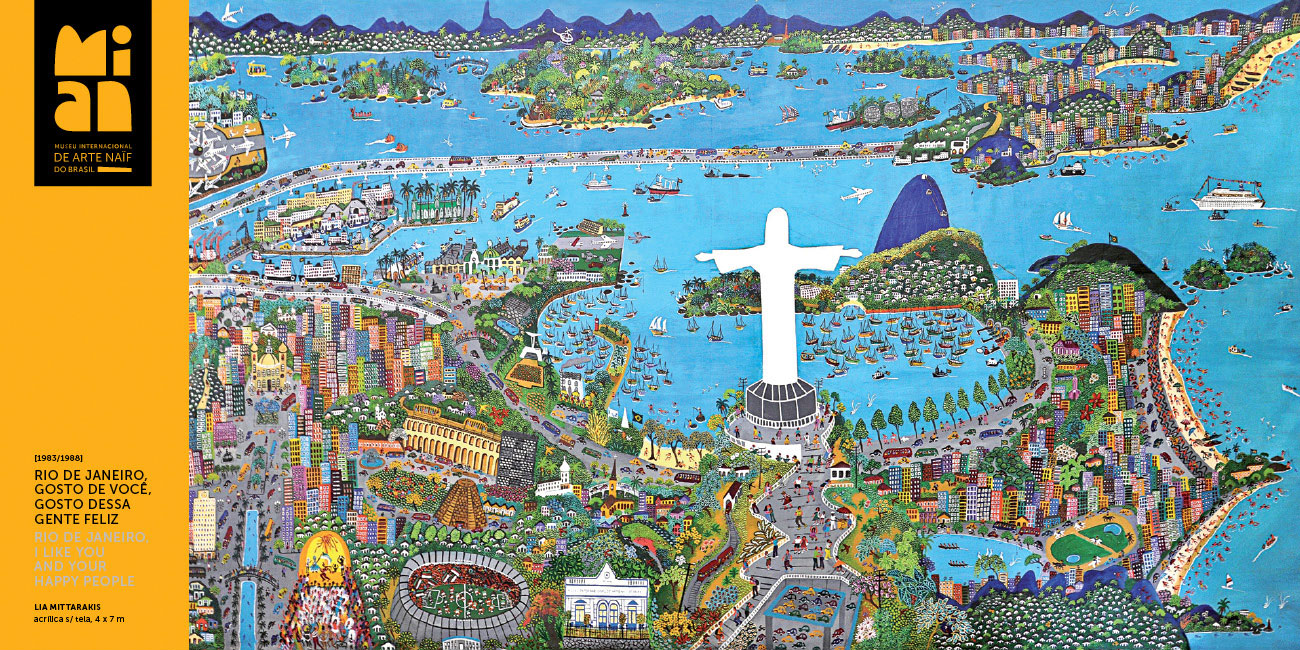 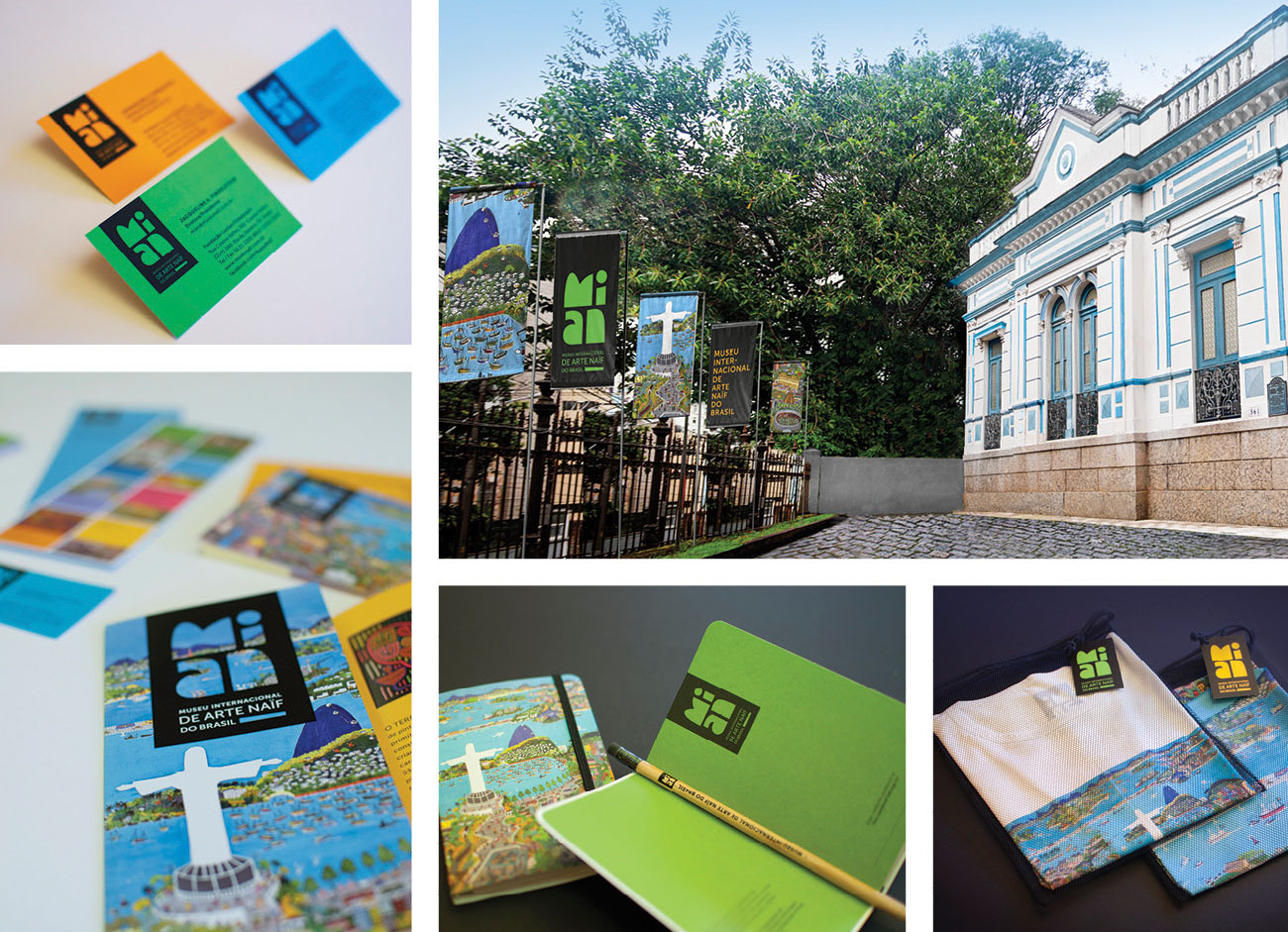 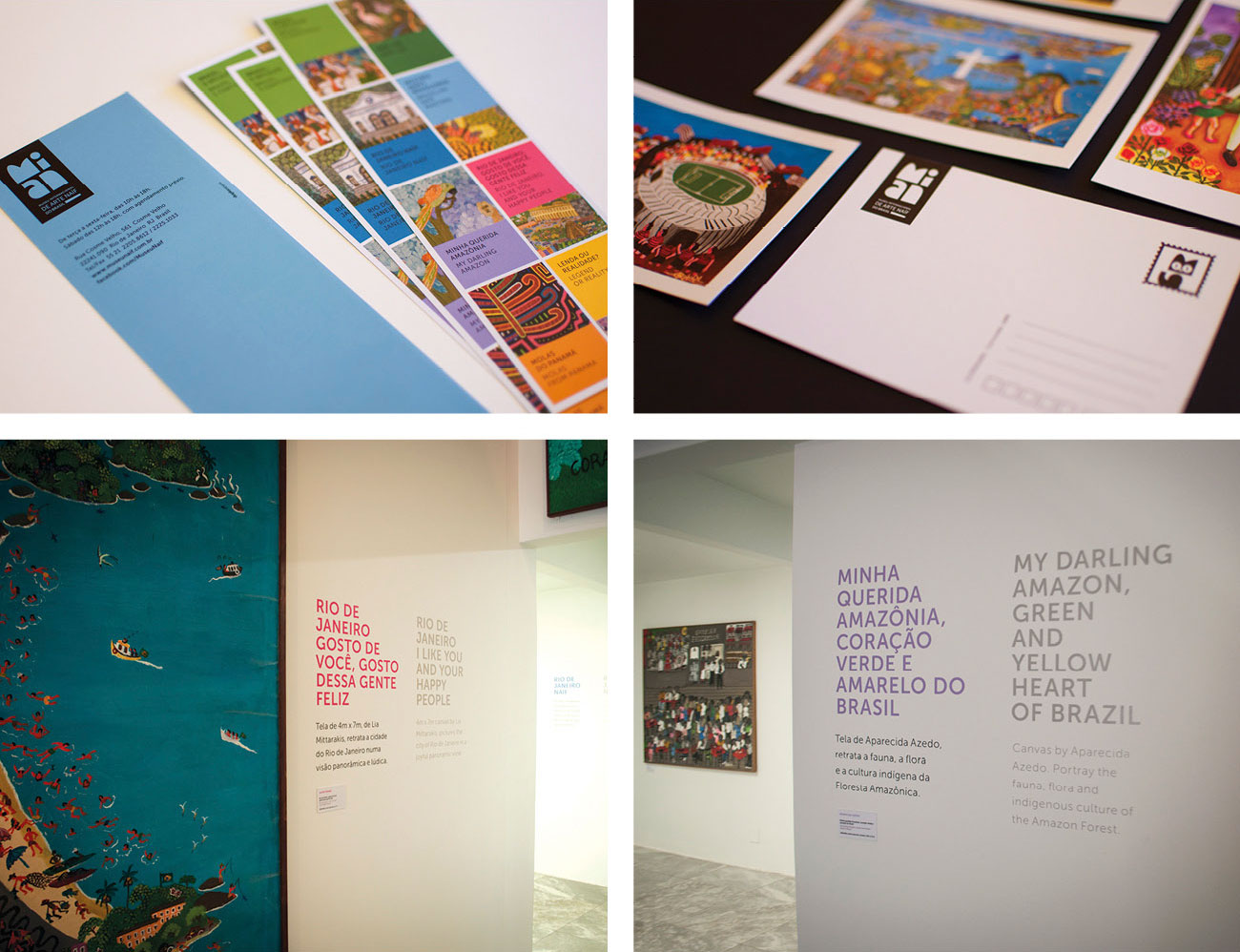