From 2017 on, the Paço Imperial (Imperial Palace) adopted a new positioning. It is now an open space for multiple expressions of contemporary culture. Combined with actions that value the cultural heritage, it fosters a dialogue between History (which took place in the Palace) and the history that is written every day. A unique result that required the update of the brand, which has been consolidated for about 20 years. This greatly increased the voltage surrounding the challenge of the project. The Paço Imperial brand unfolds into three different signatures without losing strength and identity. It is unique in essence and perception, but manifold in form. The compact signature is a reinterpretation of the previous logotype. The horizontal version alludes to the side facade of the building. The vertical one is a column. They bring more versatility to the brand, whose concepts unfold in a dynamic language, appropriate to the most diverse media and supports, as the intense life of a cultural center requires. 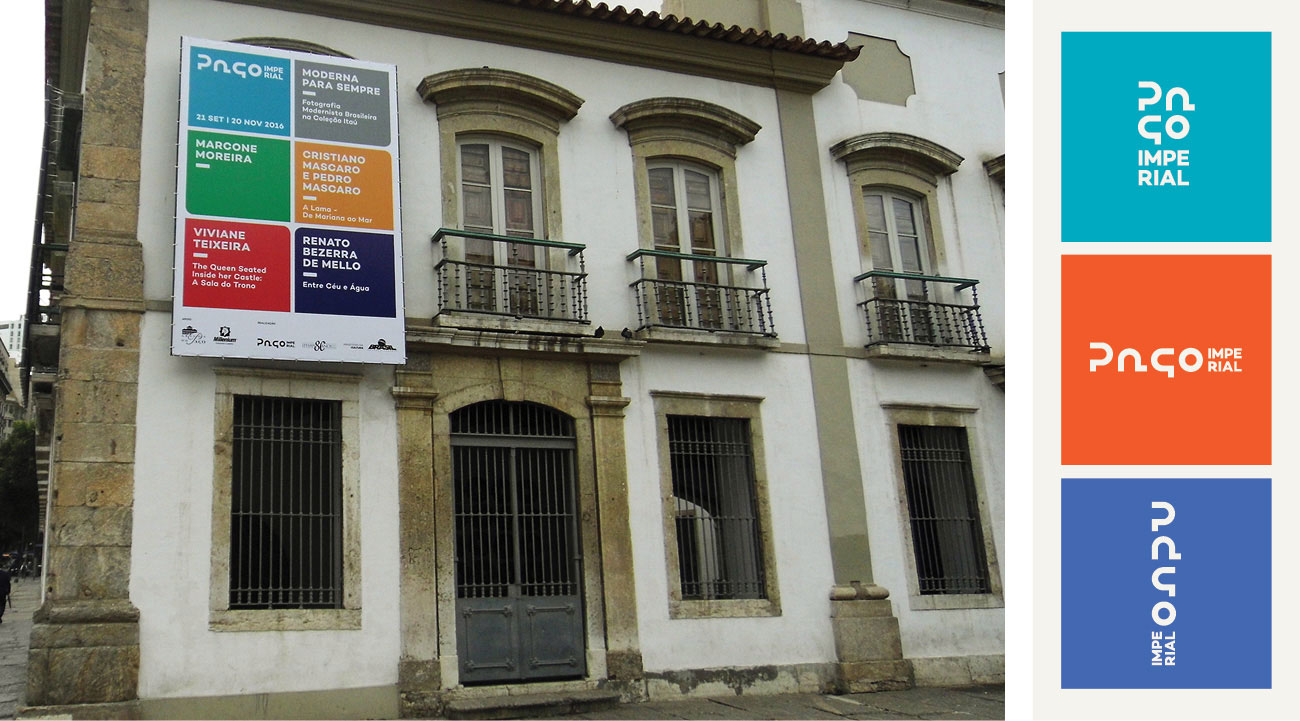 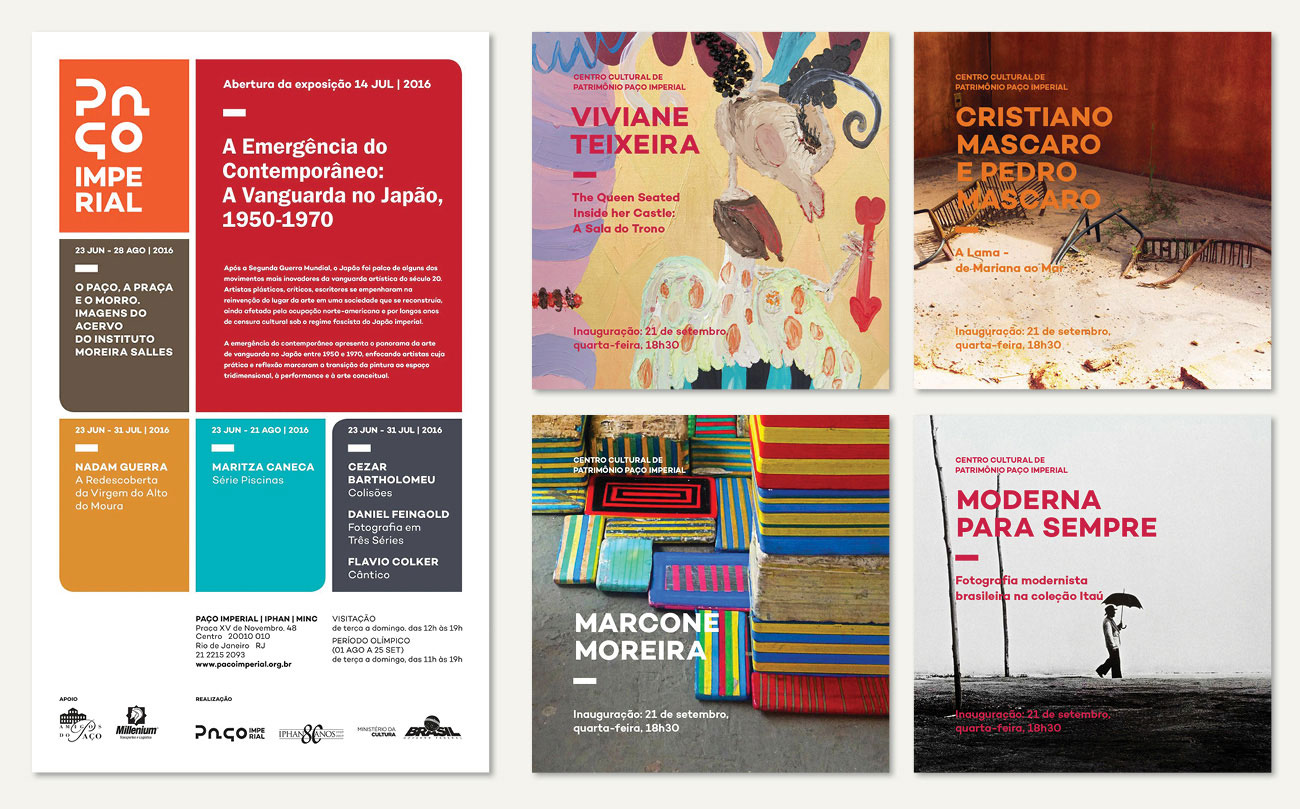 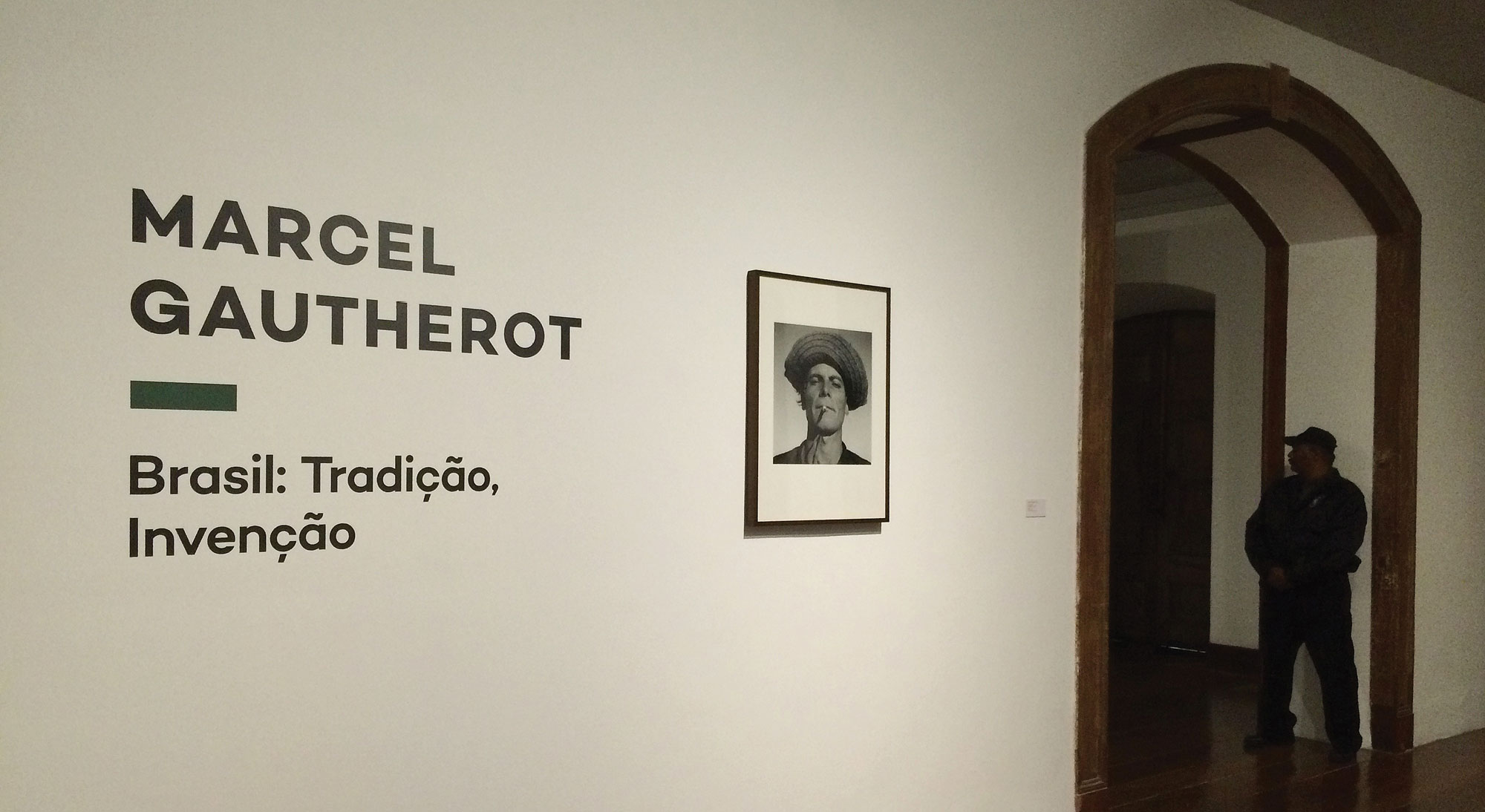